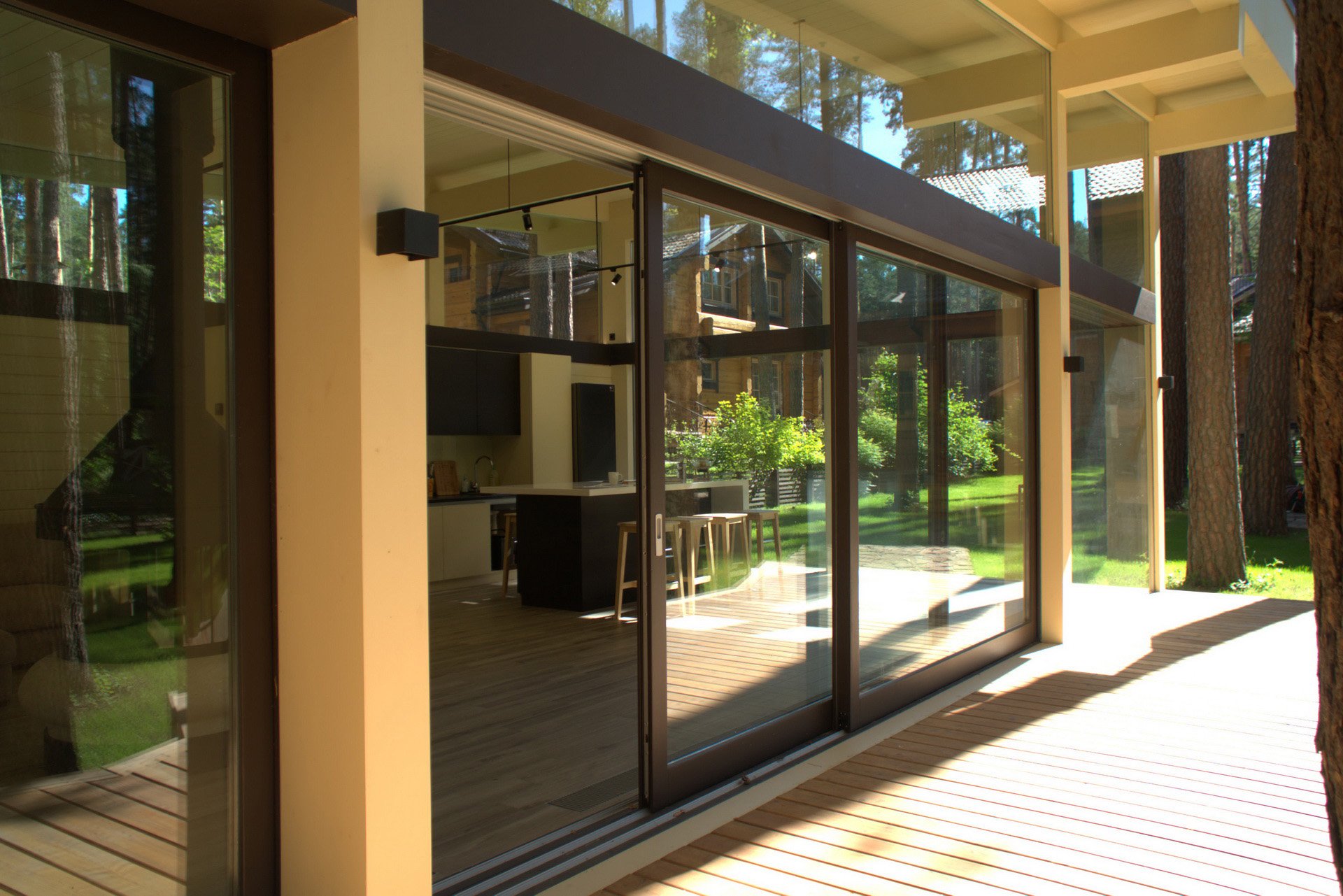 Scheme EF is the scheme E adapted for half-timbered houses. The standard scheme E opens the doorway only by 2/3, while EF allows you to open two half-timbered segments completely and hide both moving leaves behind the third segment. 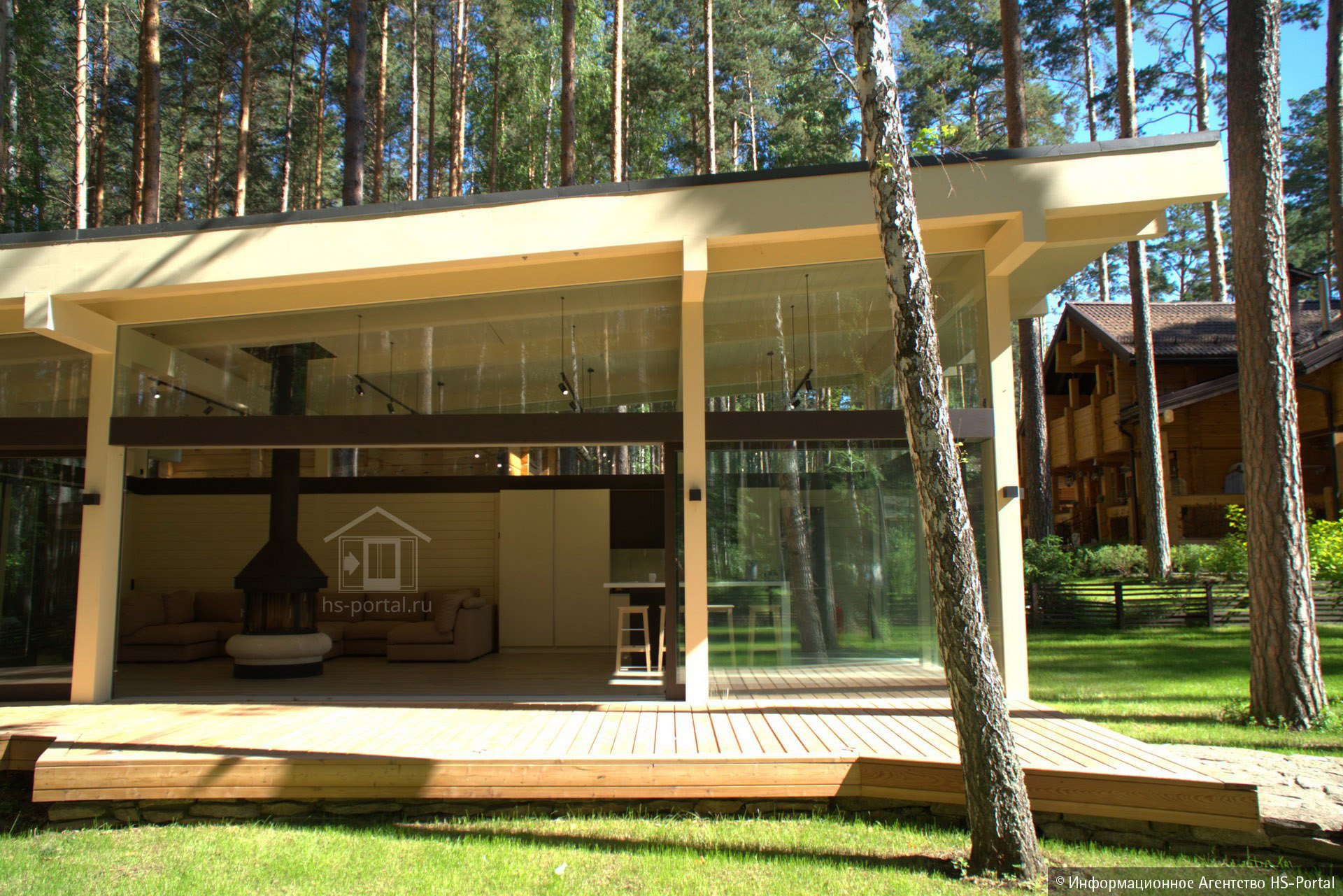 The width of the doorway can reach 6 meters, and specially designed large terrace doors eliminate the need for horizontal joints and multiple vertical divisions in the external facade.

The sliding door HS-Portal®, EF scheme, can be implemented in two versions:

EF1 – without a pillar between the leaves,

EF2 – with the half-timbered pillars between the leaves.

EF1 version assumes the order of opening the leaves: the second leaf cannot open before the first leaf is opened. In this case, there are no pillars in the opening.

Option EF2 allows you to open half-timbered segments independently of each other.

The glass “retractable wall” at a distance is indistinguishable from an adjacent fixed system of facades, while in the open position it provides unhindered visual and physical access between the room and the street. 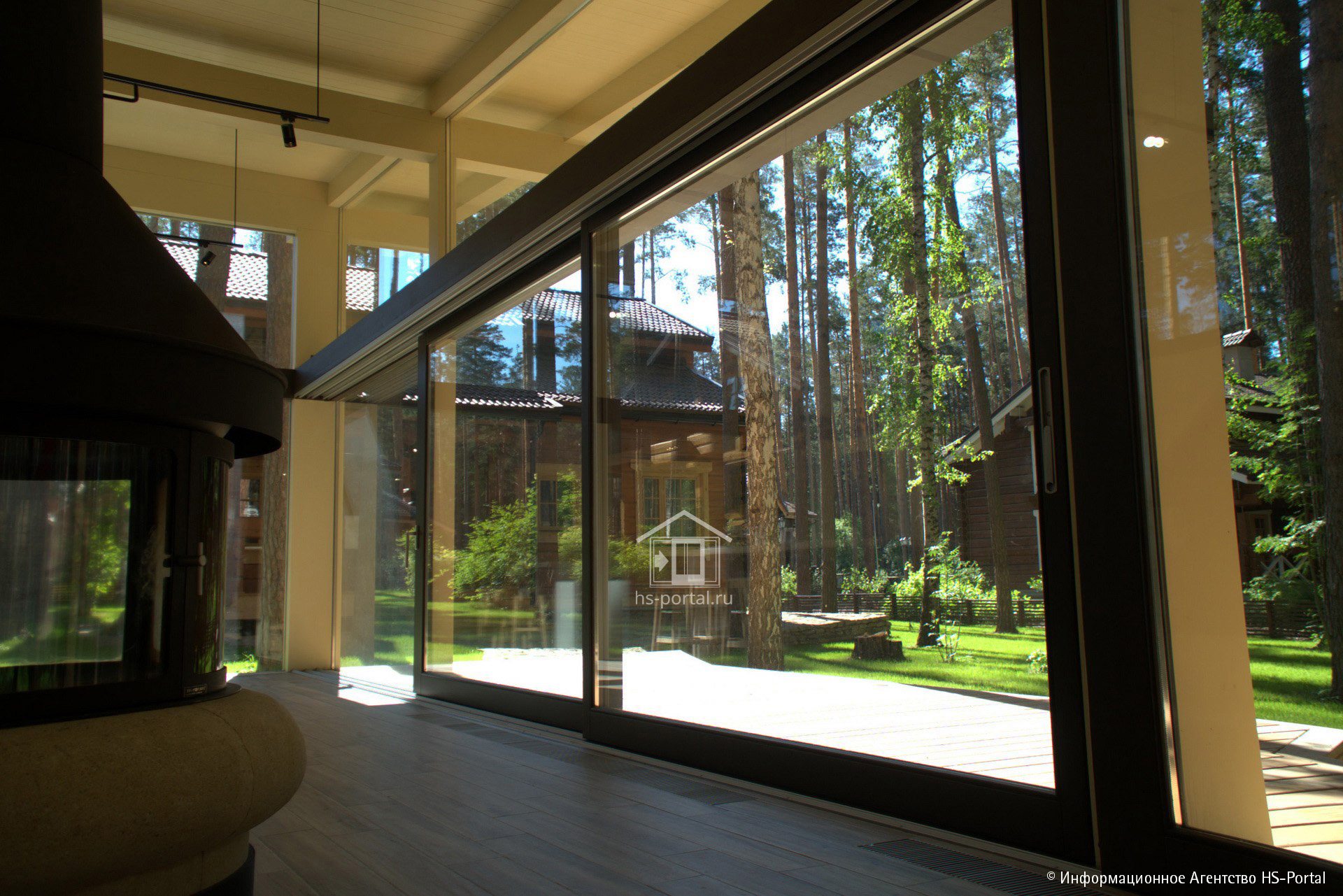 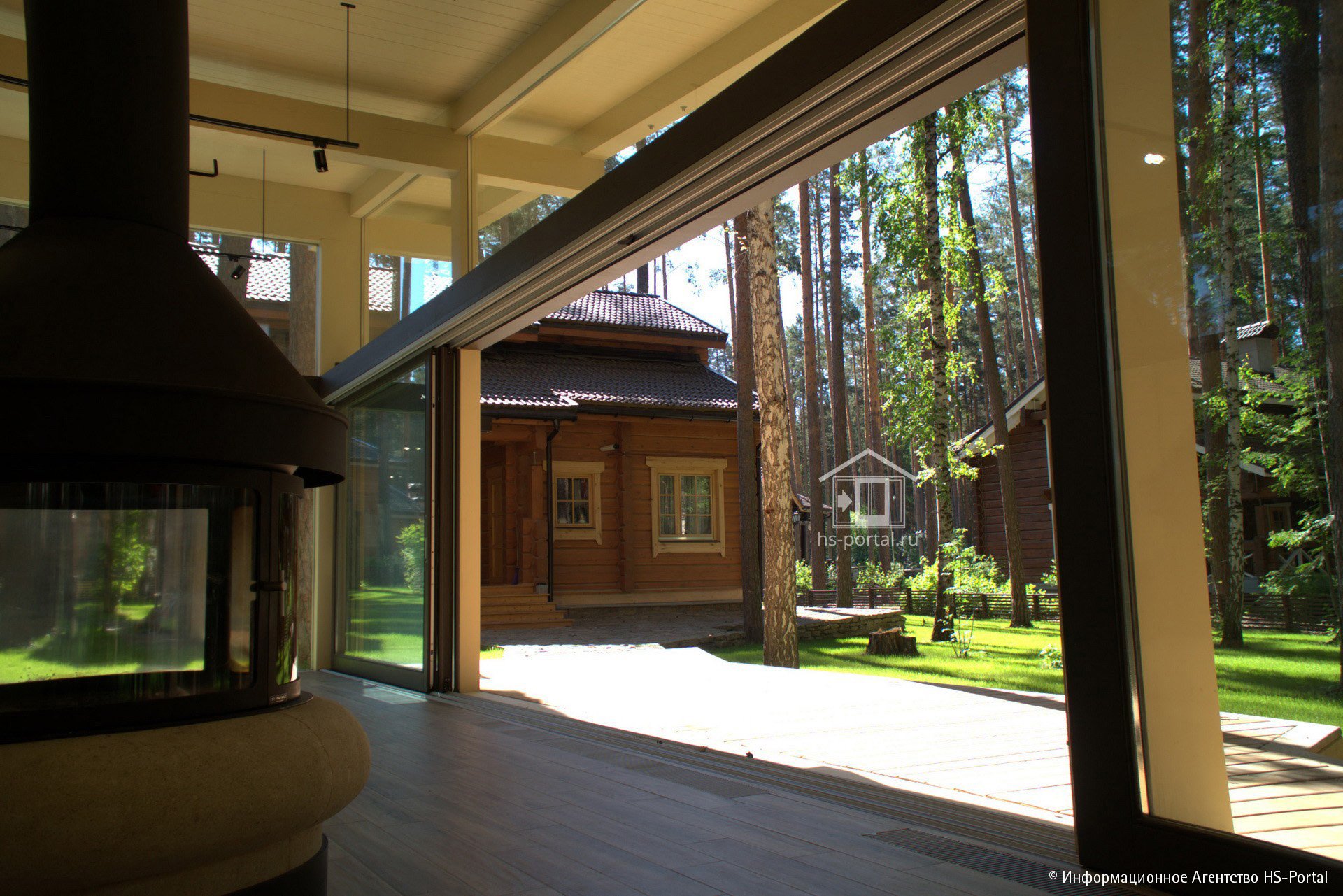 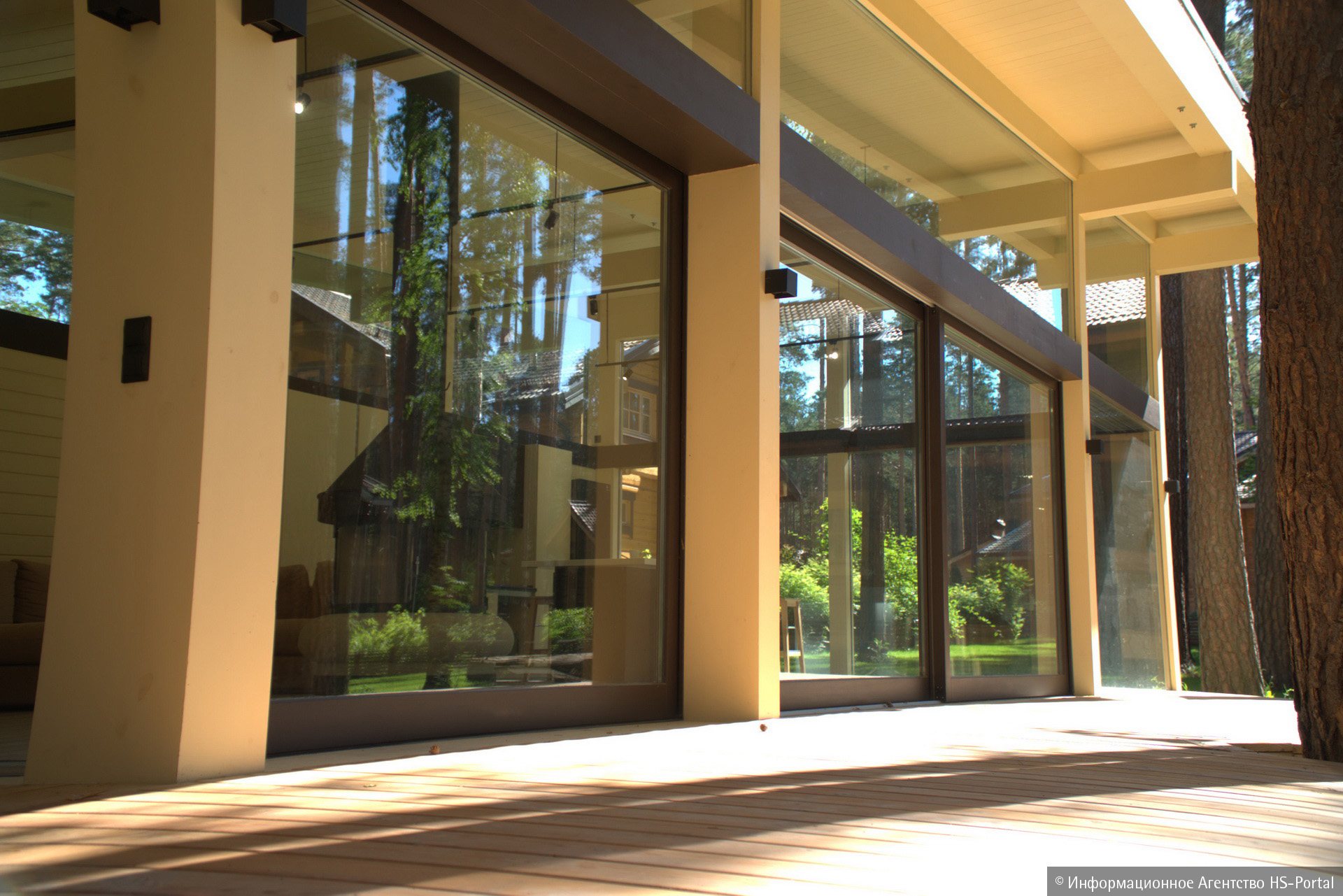 HS-Portal® terrace sliding doors, like other window and door structures designed for a modern half-timbered house, must be made of wood.

You can talk a lot about the advantages of other materials but the decision to install plastic or aluminum windows and doors in a beautiful wooden house looks, at least, strange.

The material of timber: pine, oak, ash. Visible splicing along the length is possible. 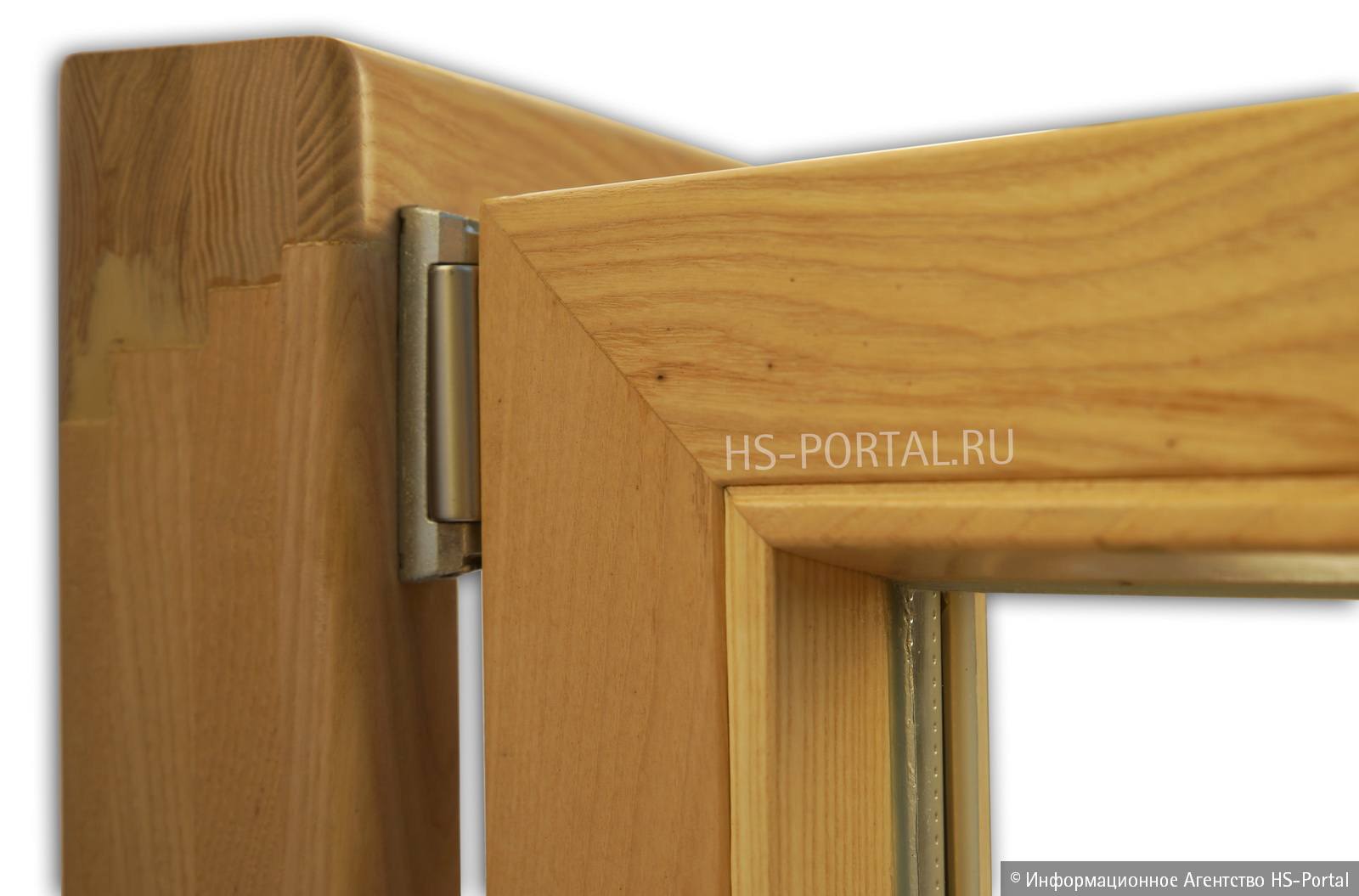 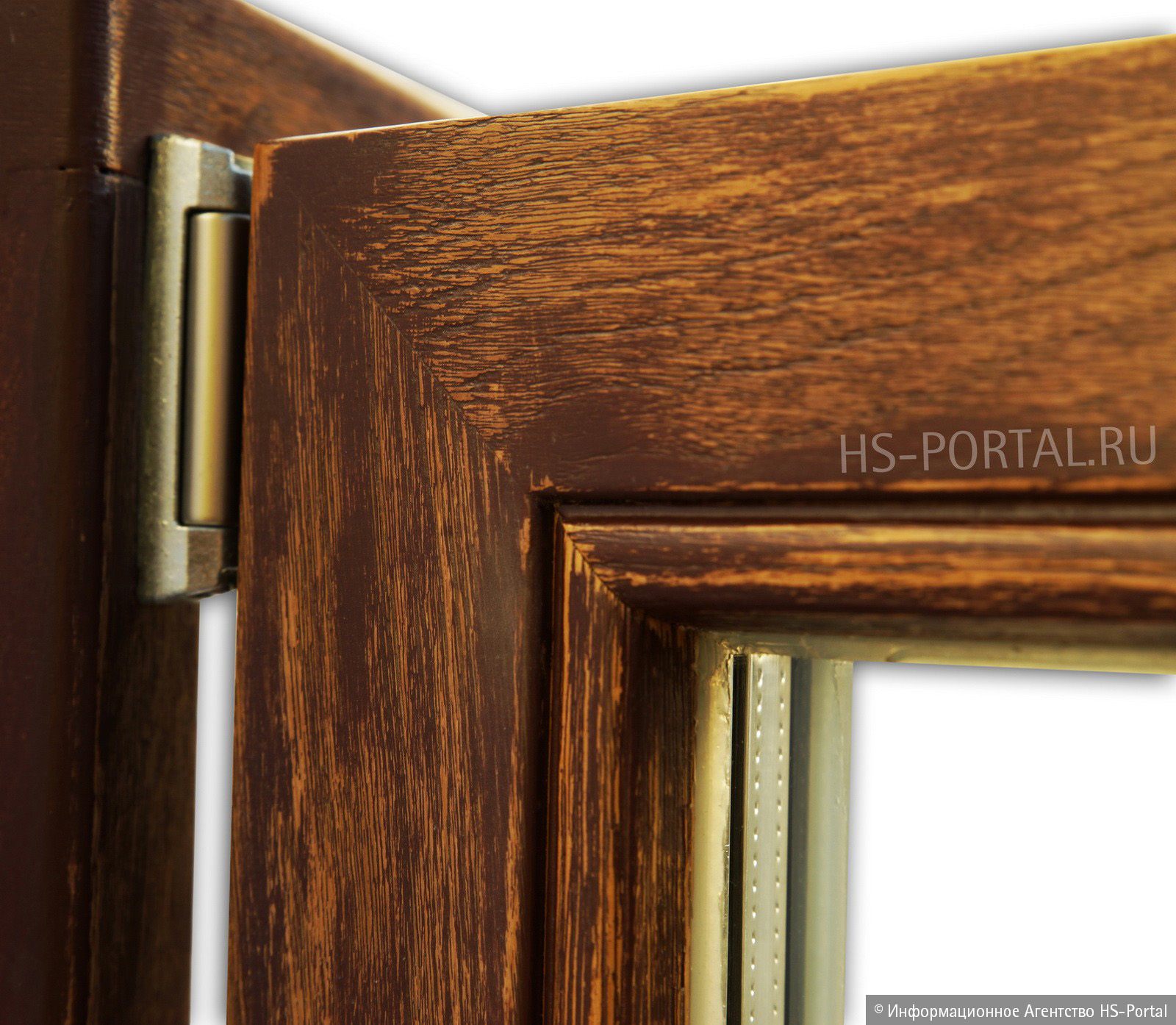 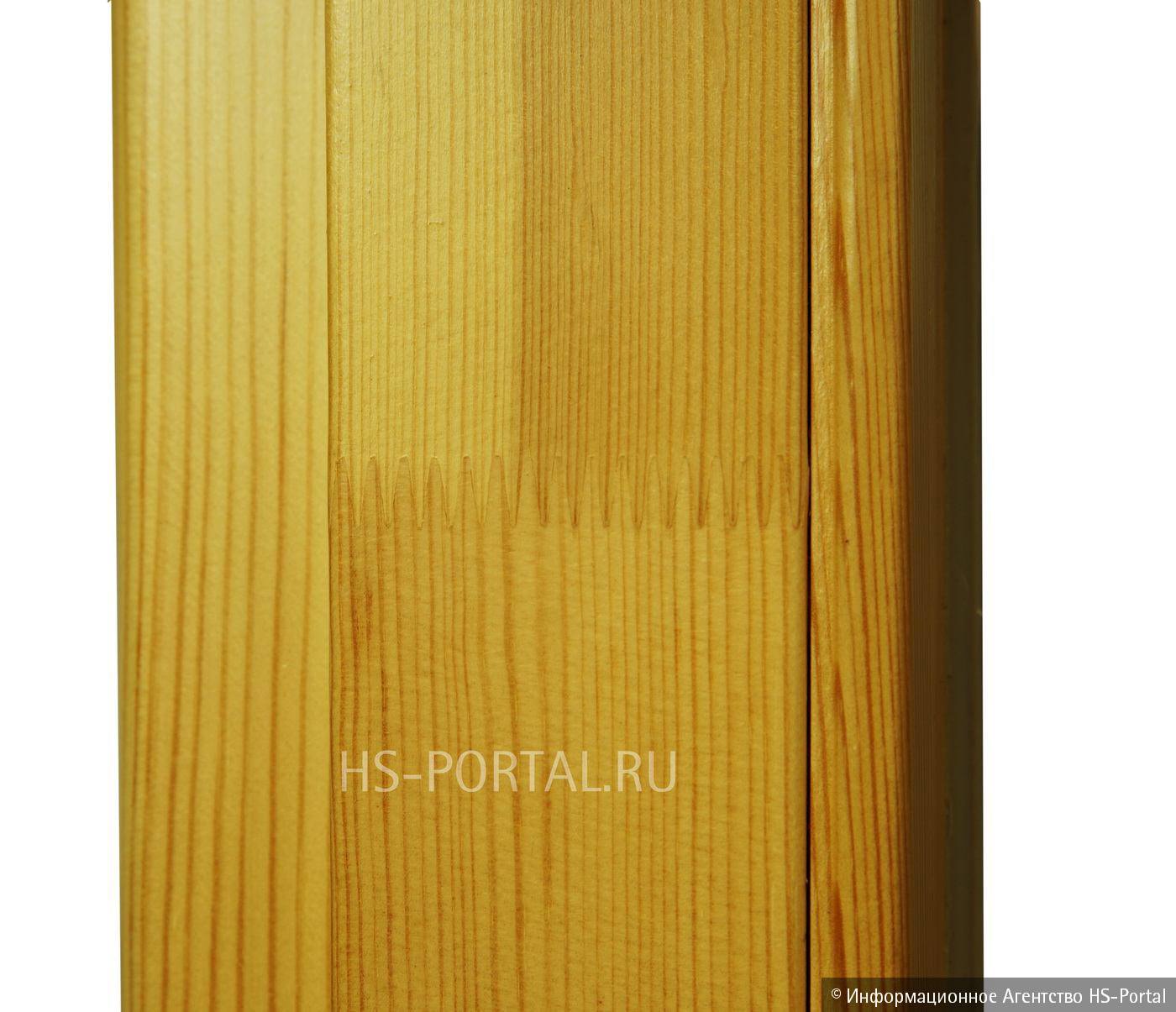 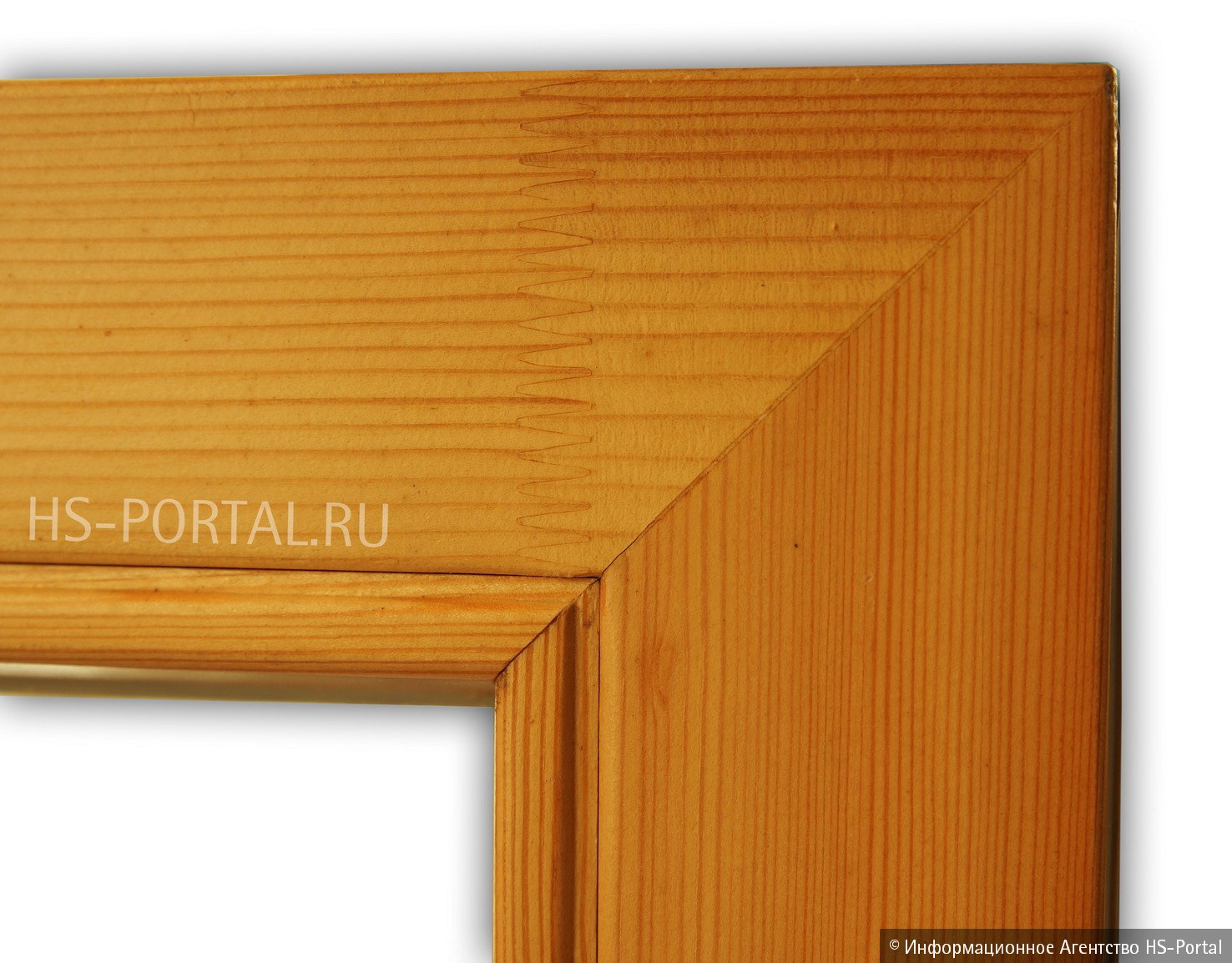 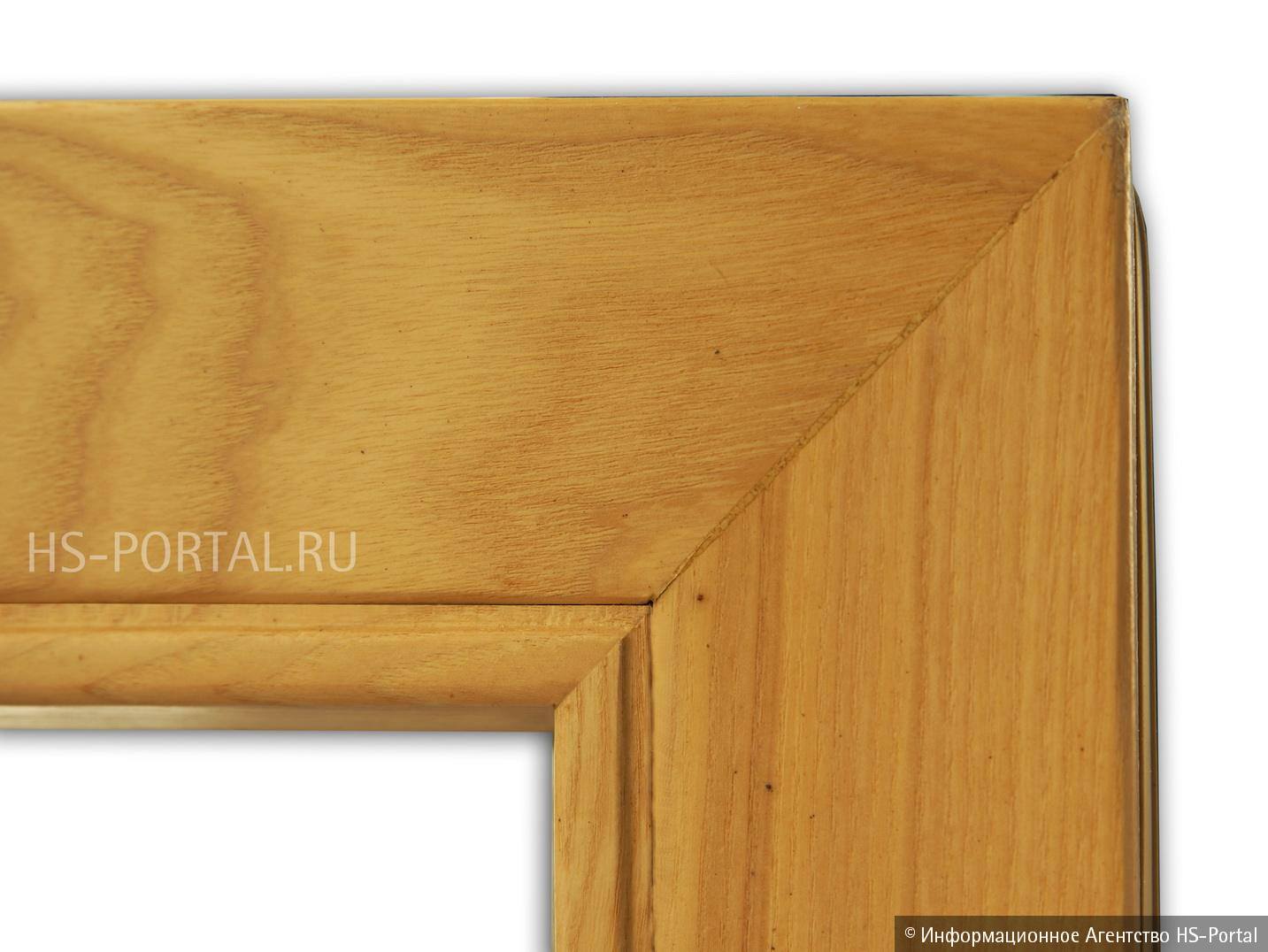 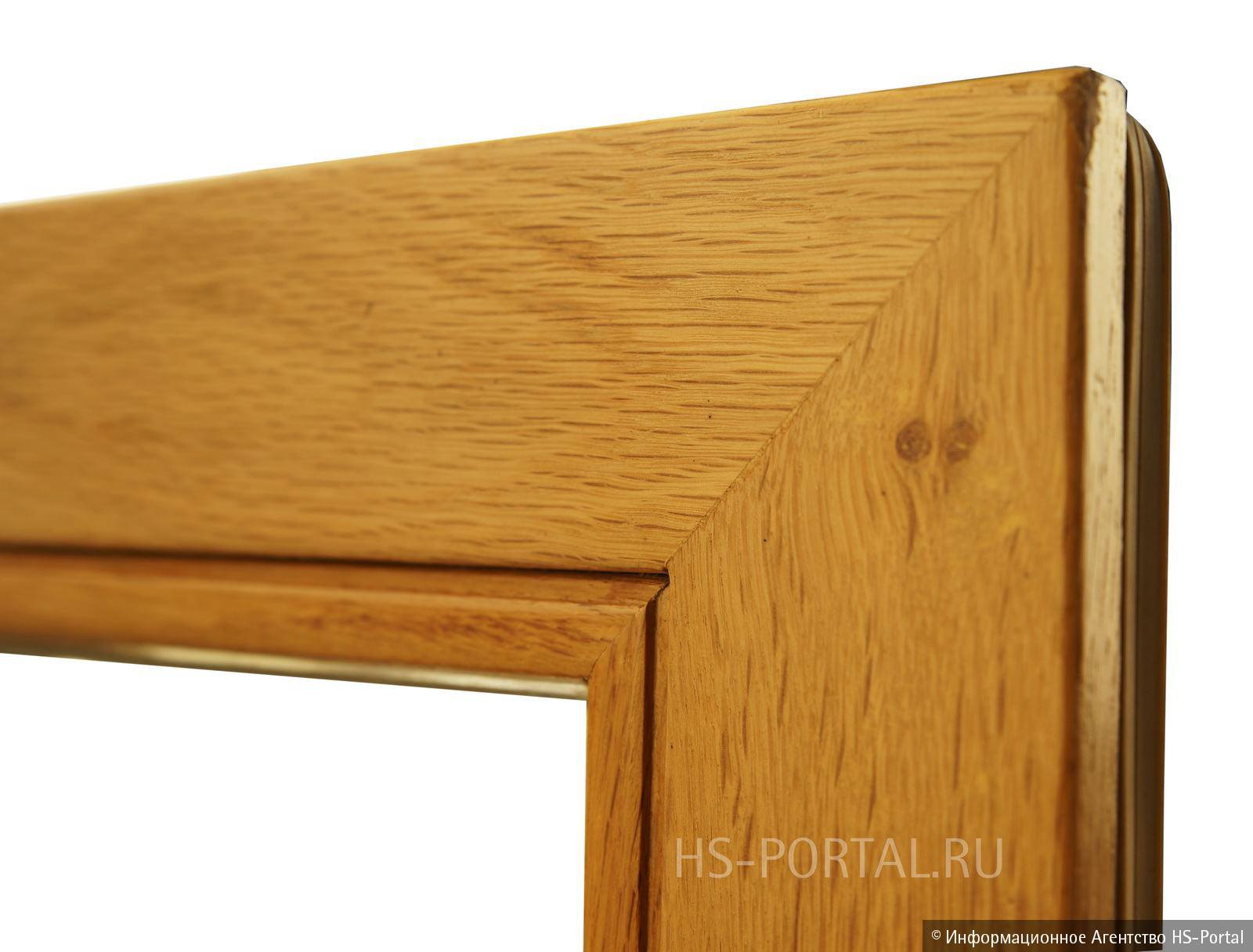 Only HS-Portal® wooden terrace sliding doors can be fully integrated into the half-timbered structure. That is because we can easily change the design of the assembly units and parts if necessary, adapting them to the frame of each house particularly.

HS-Portal® wooden terrace sliding doors of AF and EF schemes can be used in half-timbered houses in any combination with each other when installed both on straight walls and on corners of a building. 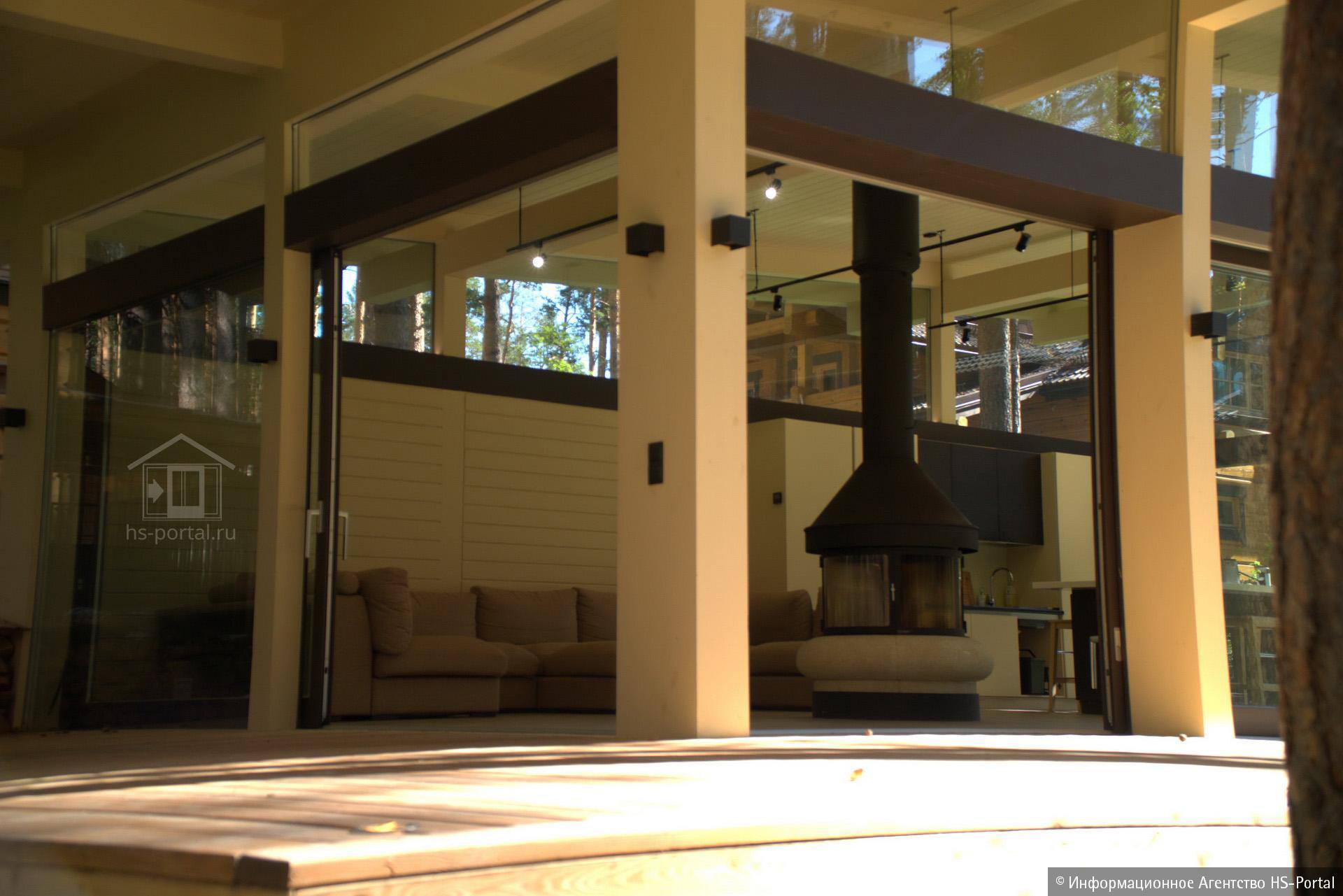 When using a 92-mm timber and large-format double-pane glass units, the weight of the leaf can reach 400 kg. Siegenia Aubi lift-slide fittings provide easy-to-operate control of these leaves, evenly distributing the load between the roller carriages hidden inside the wooden frame. The door mechanisms of the HS-Portal® have no wearable parts and do not require adjustment and periodic maintenance.

One-sided control handle: The lever is only inside, on the outside, there is a pull bar. 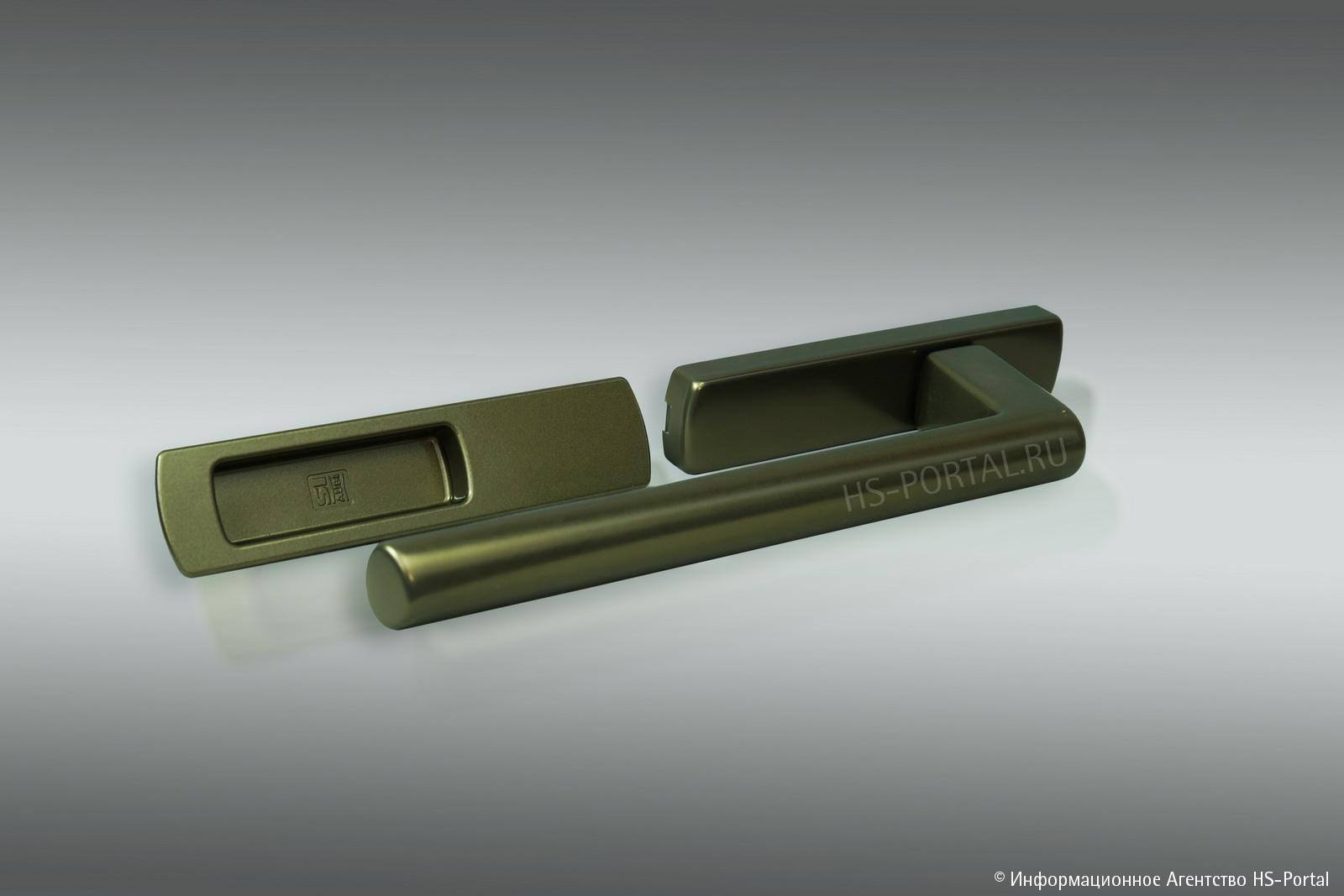 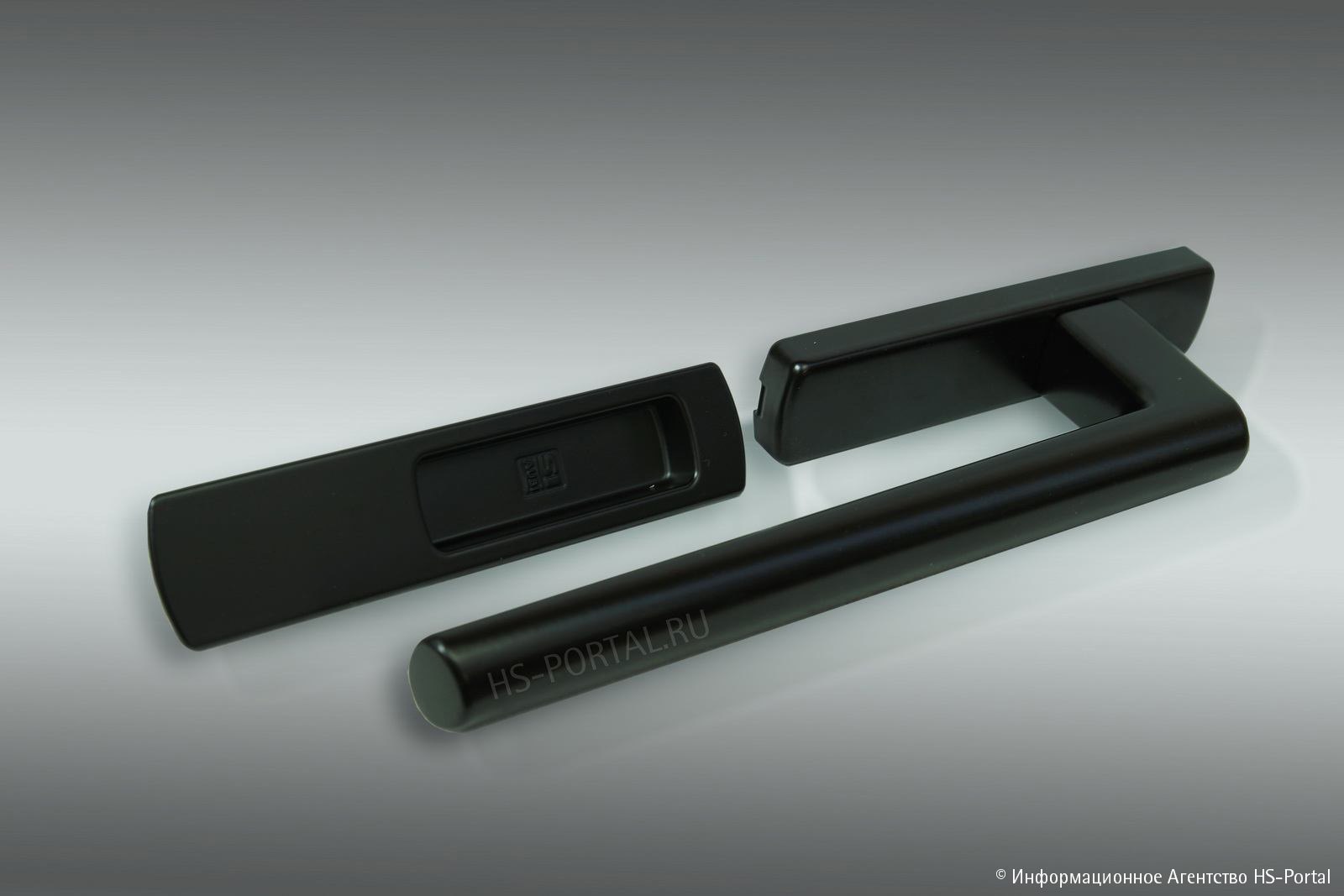 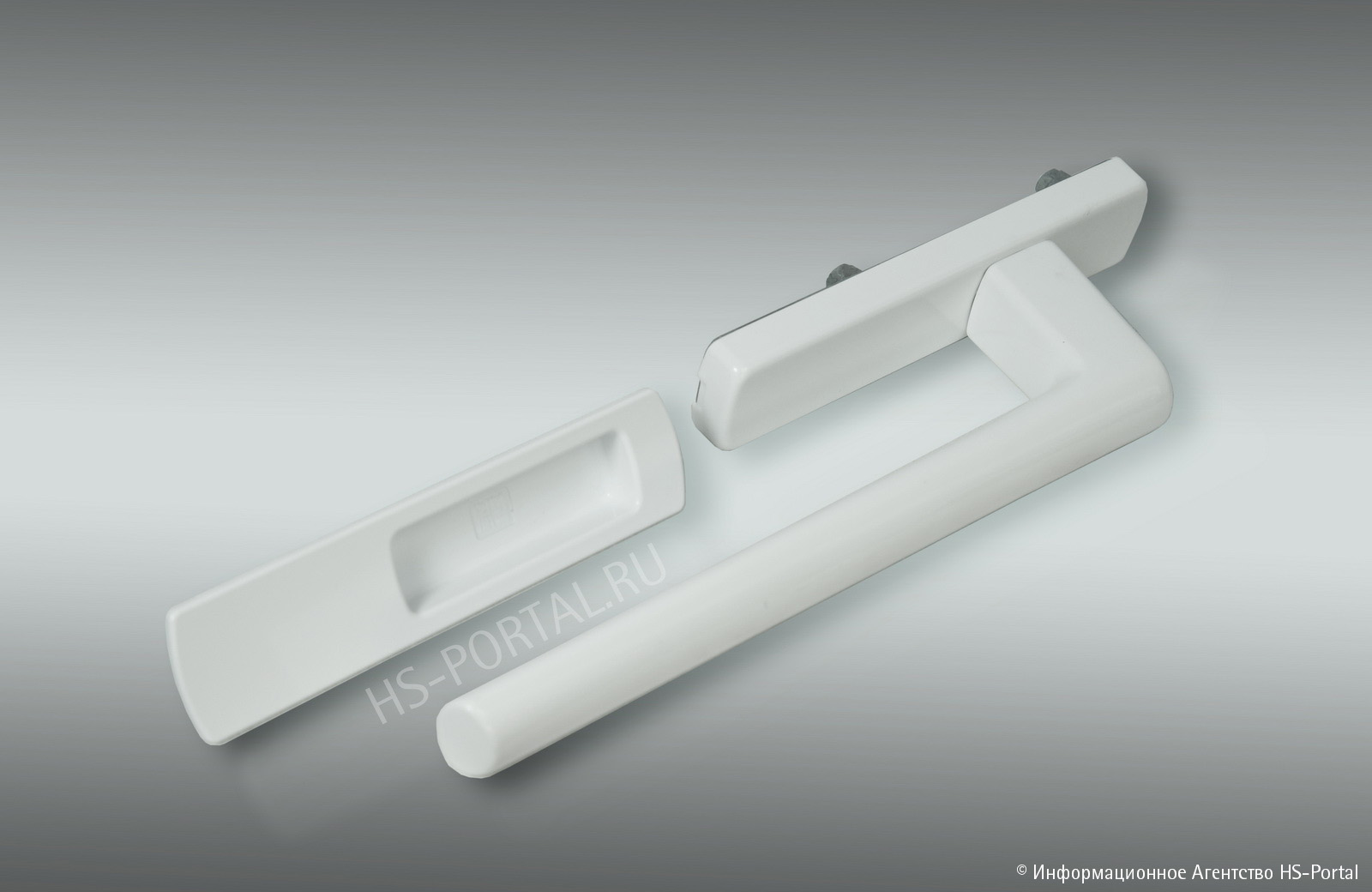 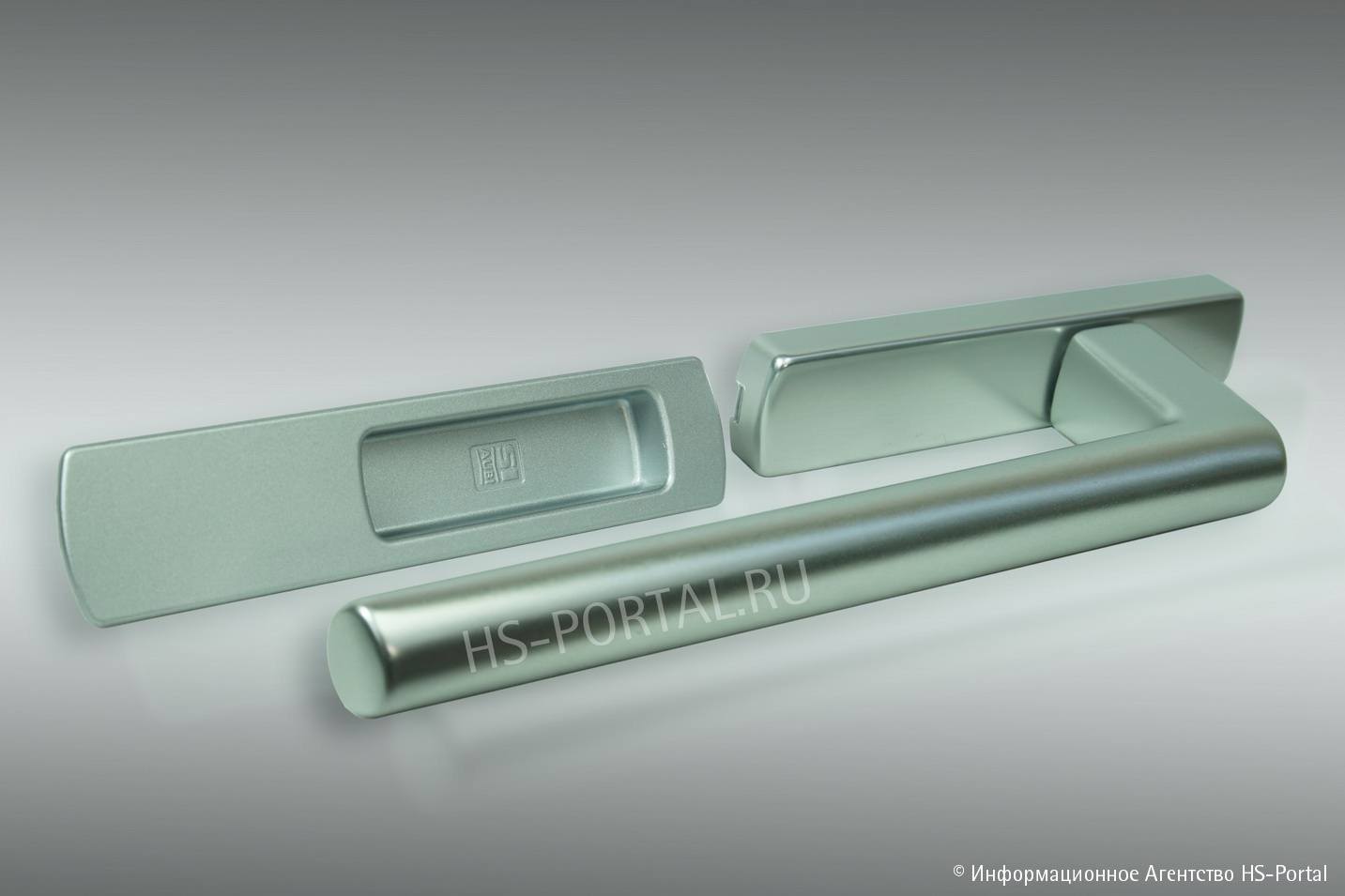 Double-sided control handle: levers on both sides, it is possible to install a key cylinder for locking. 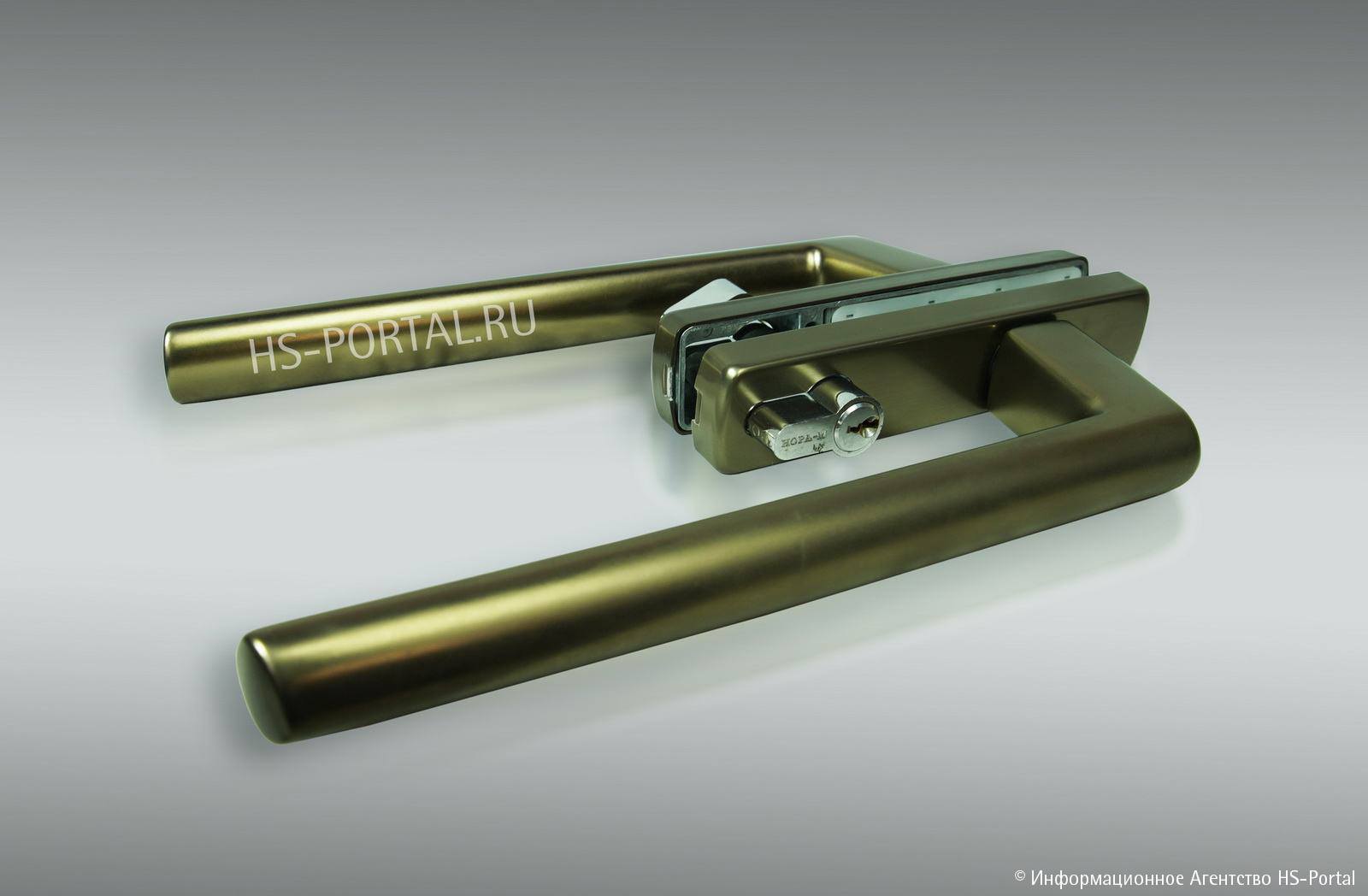 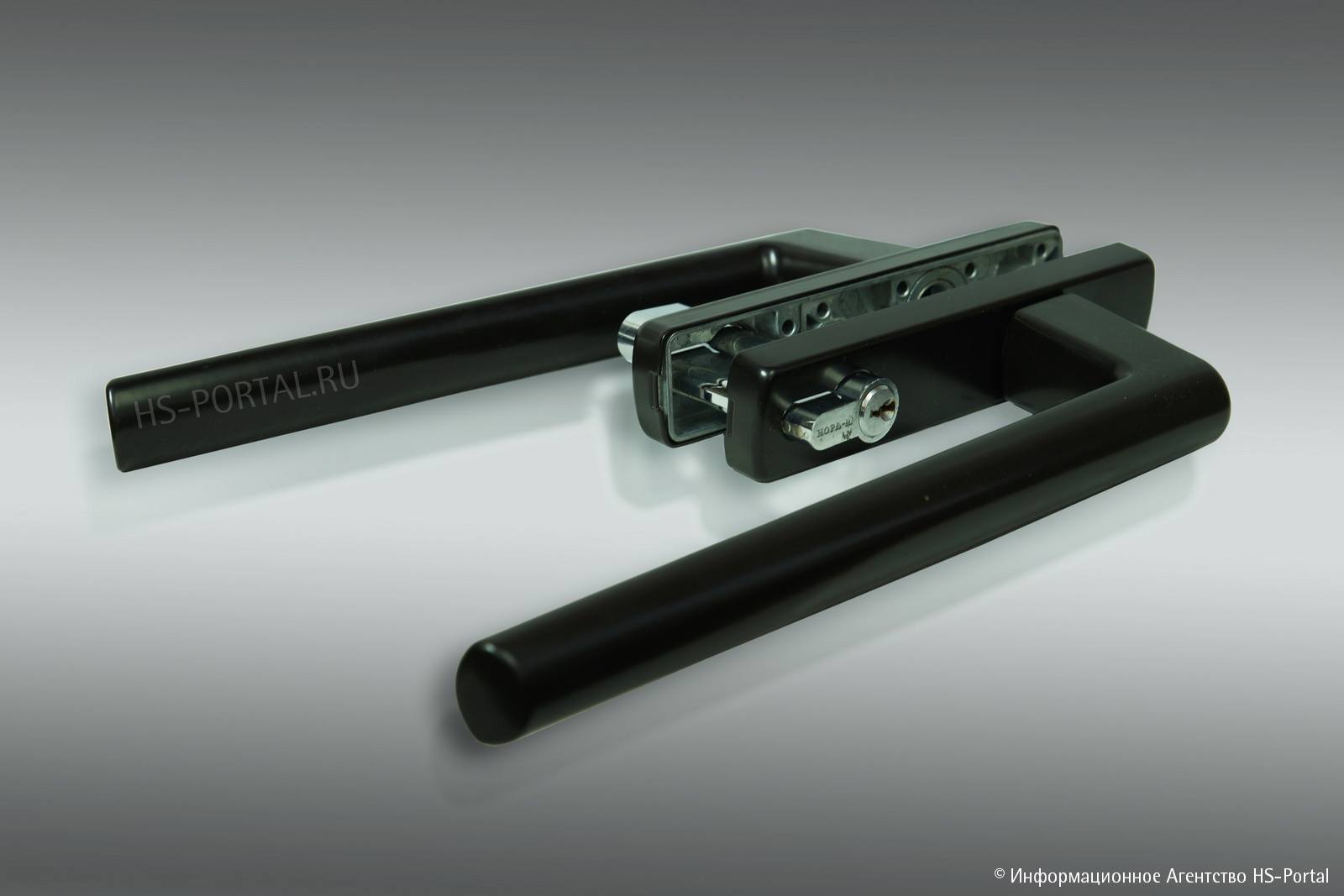 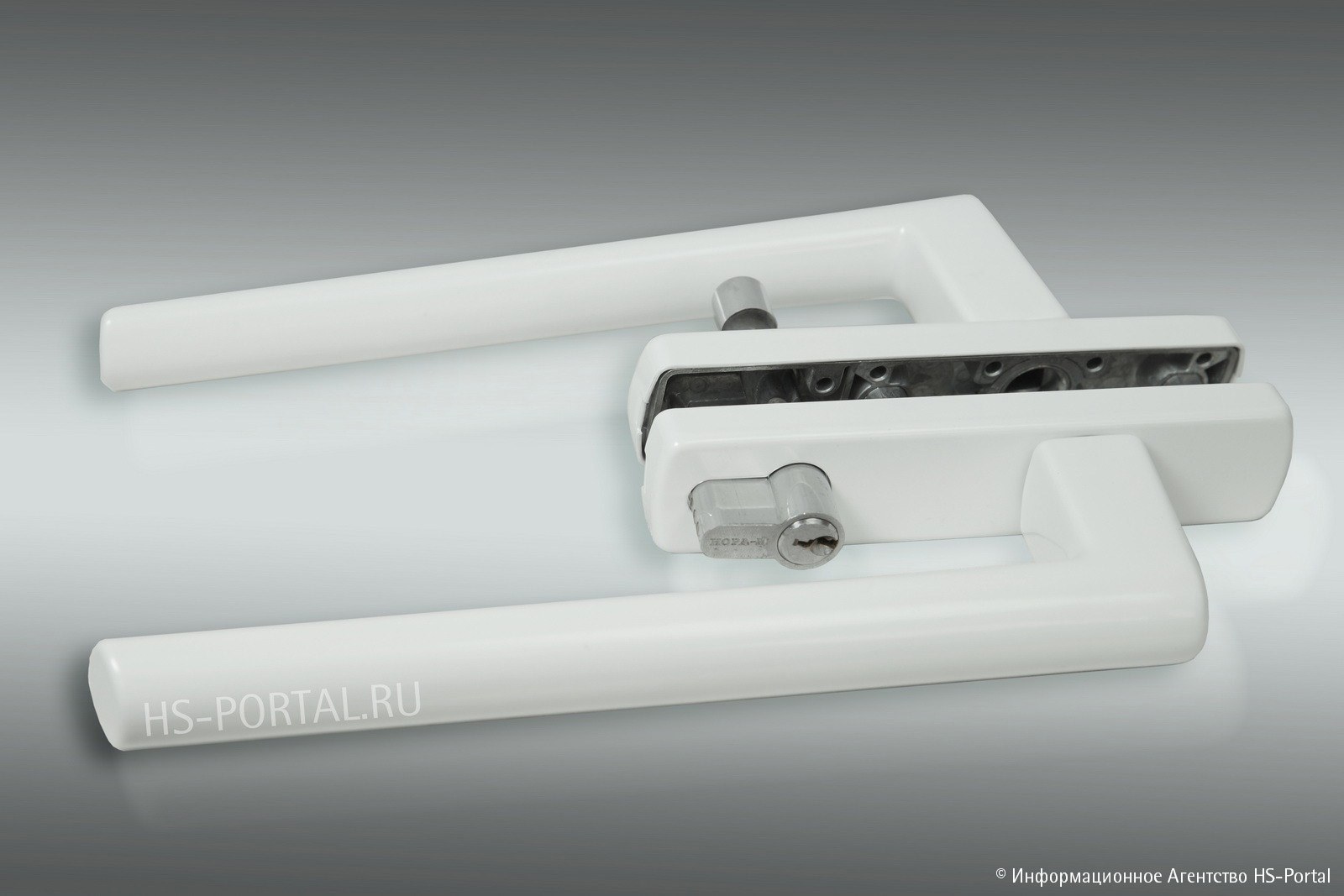 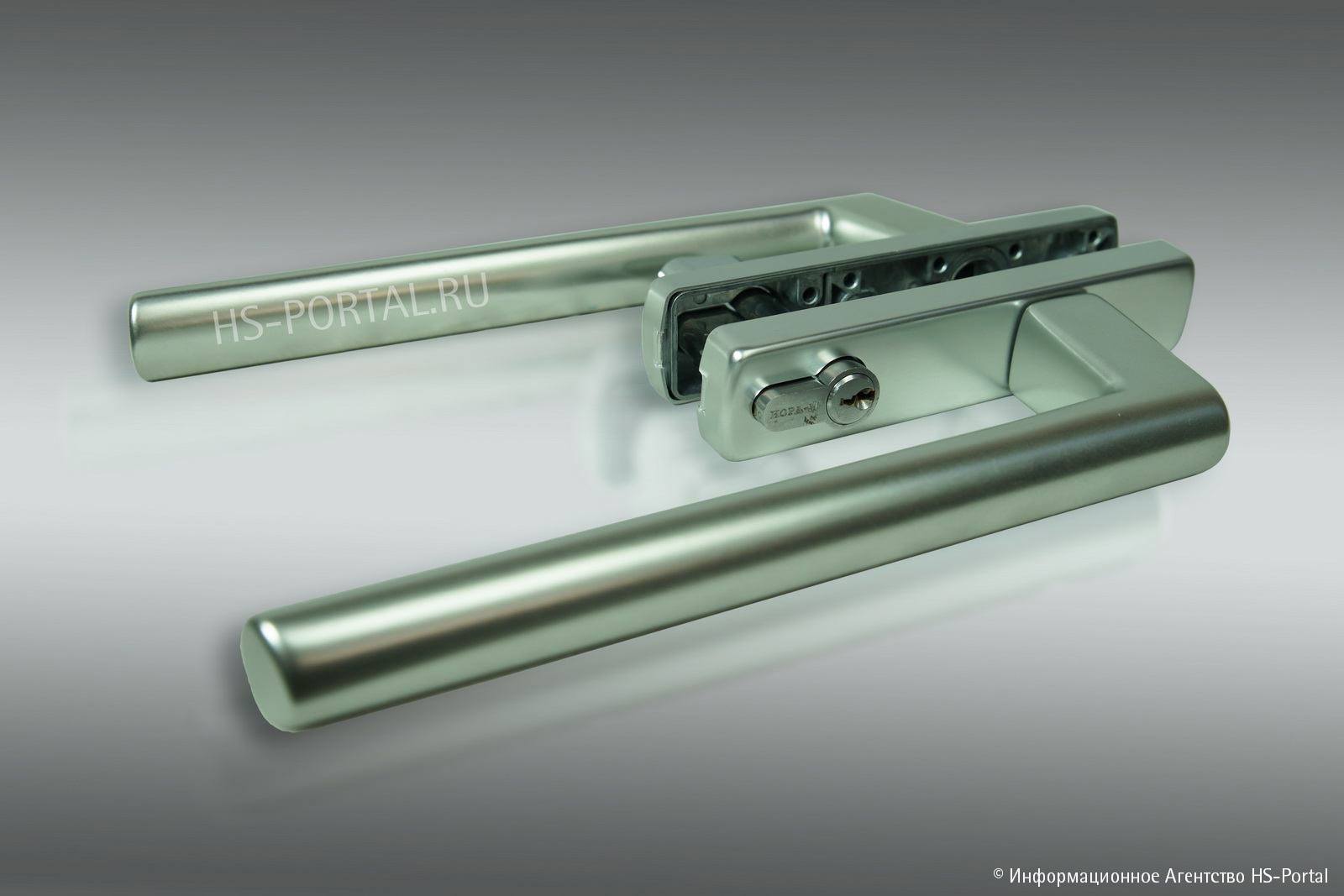 Until relatively recently, in the 2000s, painting new wooden windows with unicoloured opaque paint was often perceived as bad manners. Perhaps, the exception to this unwritten rule was only white windows. In other cases, most customers considered it necessary to emphasize the beauty of the wooden texture, the type of wood or its natural color.

Now our customers focus on practicality, wear resistance, maintainability of windows, and, as a result, the long duration of their operation. And here, a unicoloured opaque varnish coating has several advantages over the translucent one:


Nevertheless, there are also HS-Portal® sliding terrace doors with a translucent coating, but they will require more frequent service and a more careful attitude. 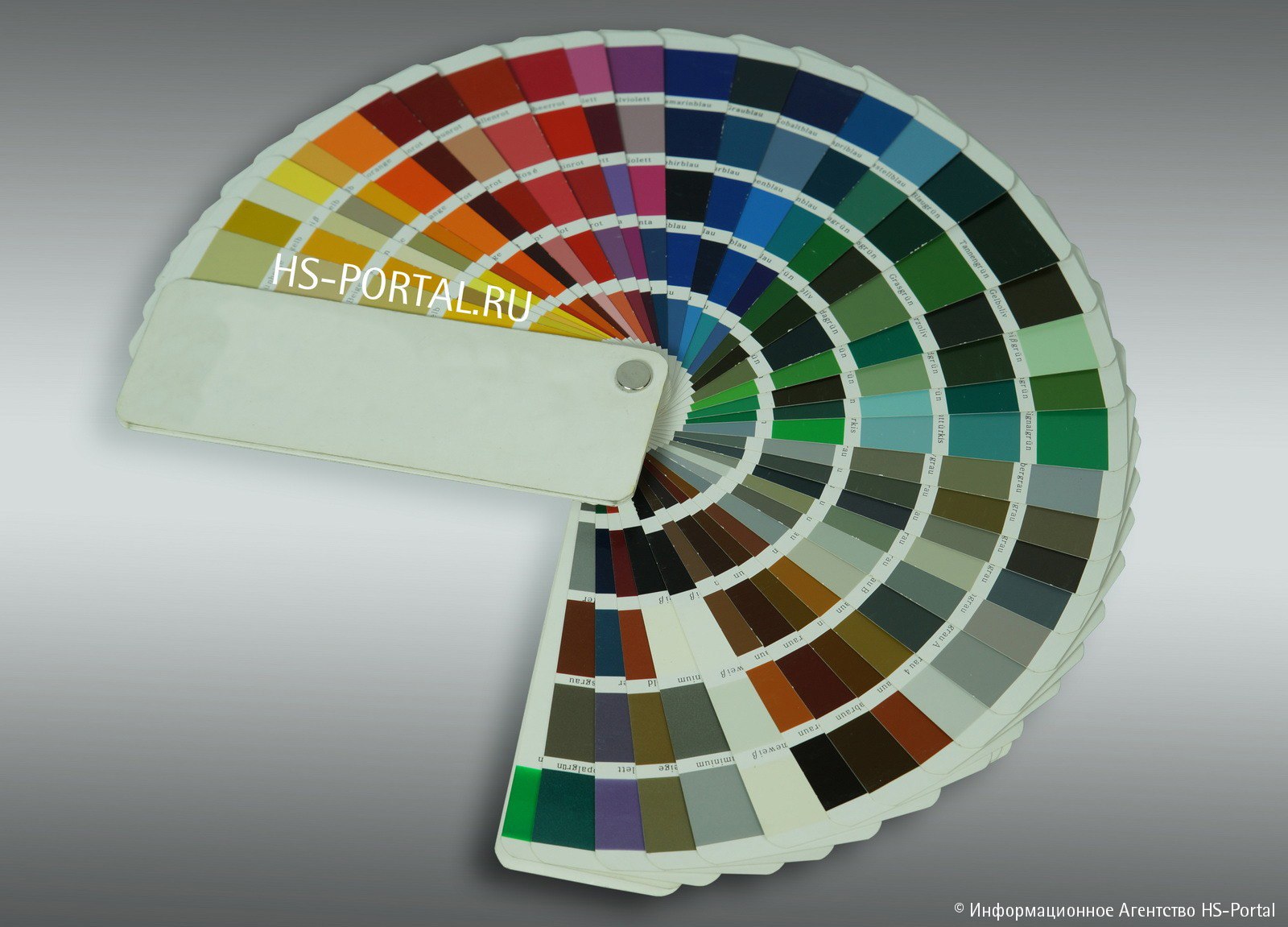 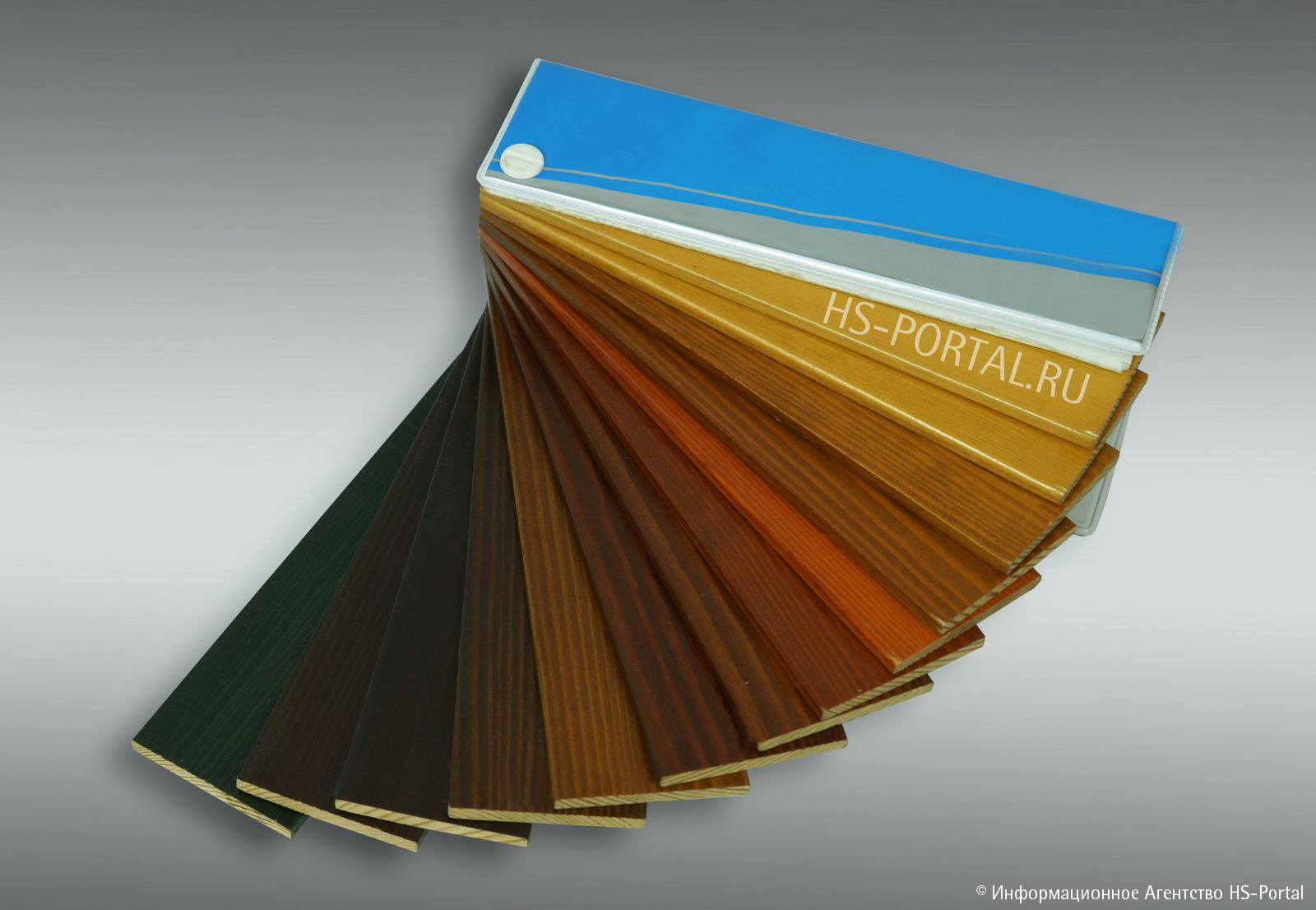 The large-format glass units used in HS-Portal® sliding doors are designed so that they keep heat indoors in winter and protect from the heat in summer.

At the same time, they must withstand the loads from the wind and other physical effects, including accidental impacts and collisions during operation. In case of possible destruction, such glass units should remain safety-proof and not have sharp fragments. Therefore, in the HS-Portal® terrace sliding doors only tempered glass is used.

The use of triplex glasses is possible, but it is important to remember the following:


IMPORTANT: It is strictly forbidden to use ordinary non-toughened glass in HS-Portal® sliding doors! In case of accidental destruction, large fragments of such glasses can be fatal! 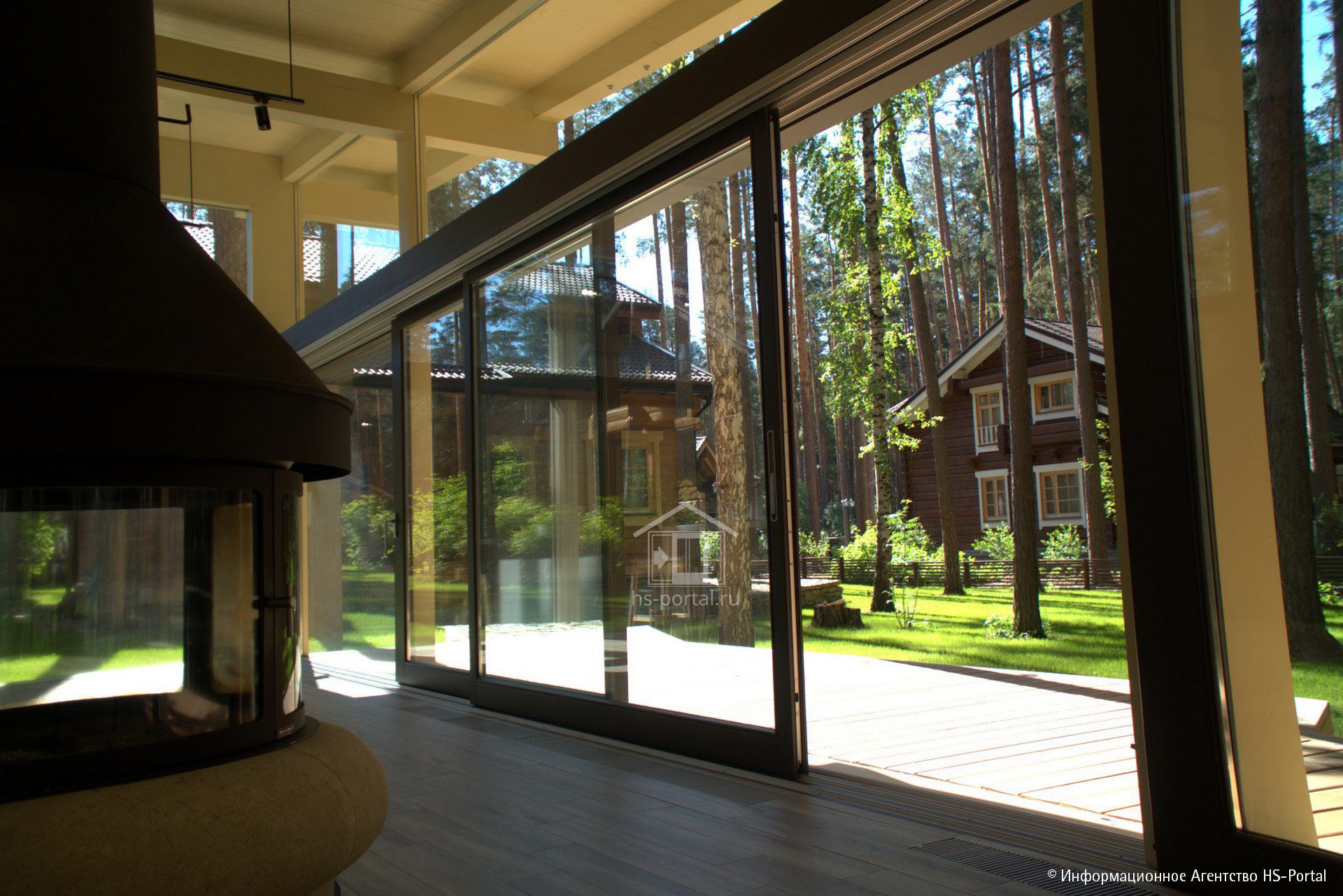 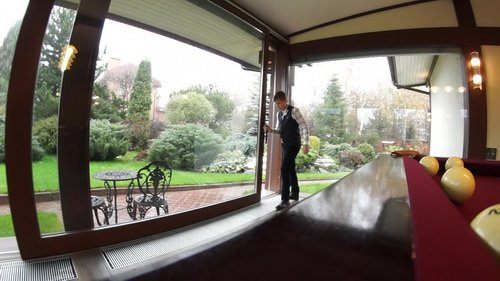 for half-timbering, one leaf 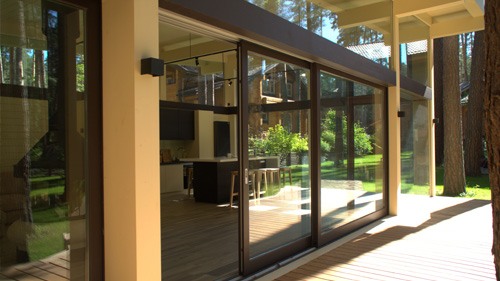 for half-timbering, two side leaves